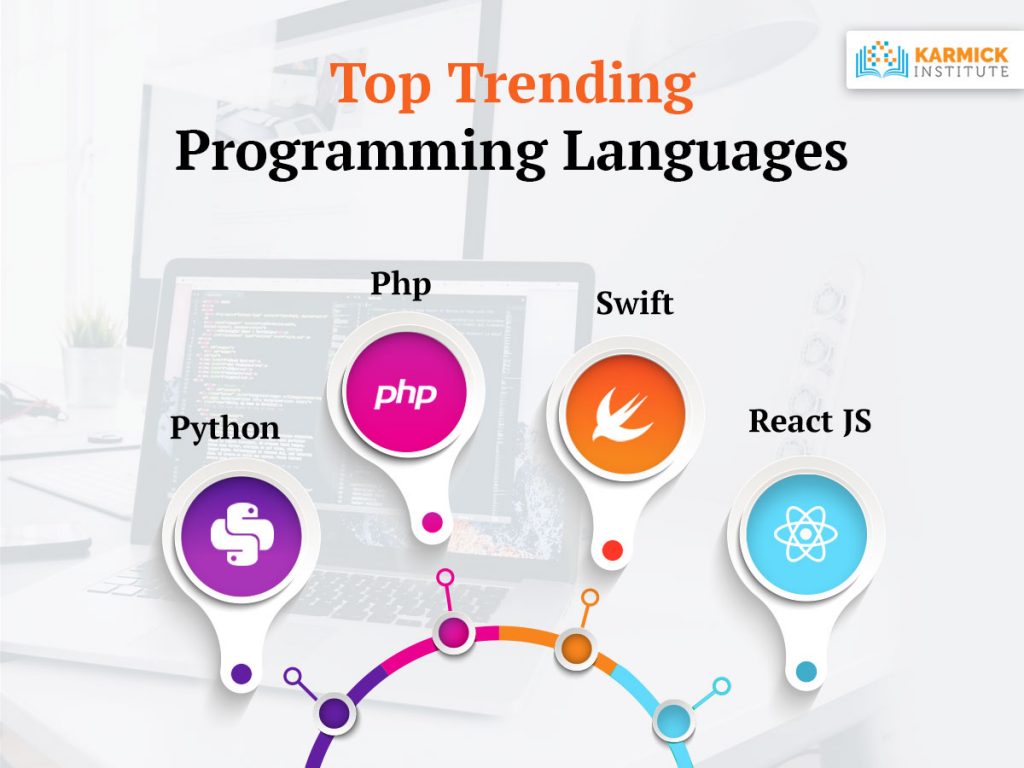 “A programming language is like a natural, human language in that it favors certain metaphors, images, and ways of thinking.”- Seymour Papert

First surfaced in 1991, Python is a high-level language which finds its application in an array of projects like big data, artificial intelligence, server configuration, desktop applications, and even machine learning. The strength of Python lies in its ability to express a complex instruction in a few lines of codes as well as its readability. Several companies like Google, Facebook, Netflix, and others have employed Python for programming. In fact, the general-purpose language is the official server-side language in Google. Some of the stunning features of Python are as follows:

Python Course in Kolkata with Placement

Swift has come a long way since its inception in 2010. Developed by Apple, it has emerged as a highly sought-after programming language in 2018 for writing iOS and OS X apps. It has the best features of C and Objective-C but does not has the constraints of C compatibility which makes programming in Swift faster and safer. At present, many iOS app development companies are hiring developers with knowledge of Swift language. For aspiring iOS app developers, it is best to learn the nuances of the powerful open-source programming language from a reputed training institute. Following features have vastly contributed to the popularity of the Swift language:

Simple to use and easy to learn, the ReactJS is not a typical programming language like Python and Swift. It is a JavaScript library used for building user interfaces for single-page applications. Yet, as an intuitive language, it is employed by many bigwigs like Facebook, Paypal, Netflix, and Instagram. For mobile applications too, ReactJS has found several admirers because of its remarkable features that make things incredibly simple for front-end developers. Some of its bright features include:

Over the years, PHP has evolved from a language of pure academics for freelancers to serious business. It has traveled a long distance in its journey of becoming advanced frameworks like Laravel, Yii, CakePHP, Drupal, and CodeIgniter to CMS tools like WordPress and e-commerce tools like Magento, Opencart, Zencart, WooCommerce, X-Cart, and more. Be it building large websites with dynamic elements or seamless integration with the popular Apache web server, the open-source language never disappoints. It is an integral part of the popular software stack LAMP (Linux, Apache, MySQL, PHP), widely used for web development. A large number of websites use PHP as a server-side scripting language because of its following features:

PHP Course in Kolkata with Placement

In a rapidly changing landscape of computer programming, it is imperative to learn the languages that are in the current trend to be in a significant position as a programmer or developer. It is vital to understand that these languages are here to stay in power for long. Even if they fade away due to the emergence of new languages, you can use your newly acquired skills to learn them. Knowledge never goes waste, so join a reputed IT training institute and start learning today.