How Learning Python Can Advance Your Career in The IT Industry 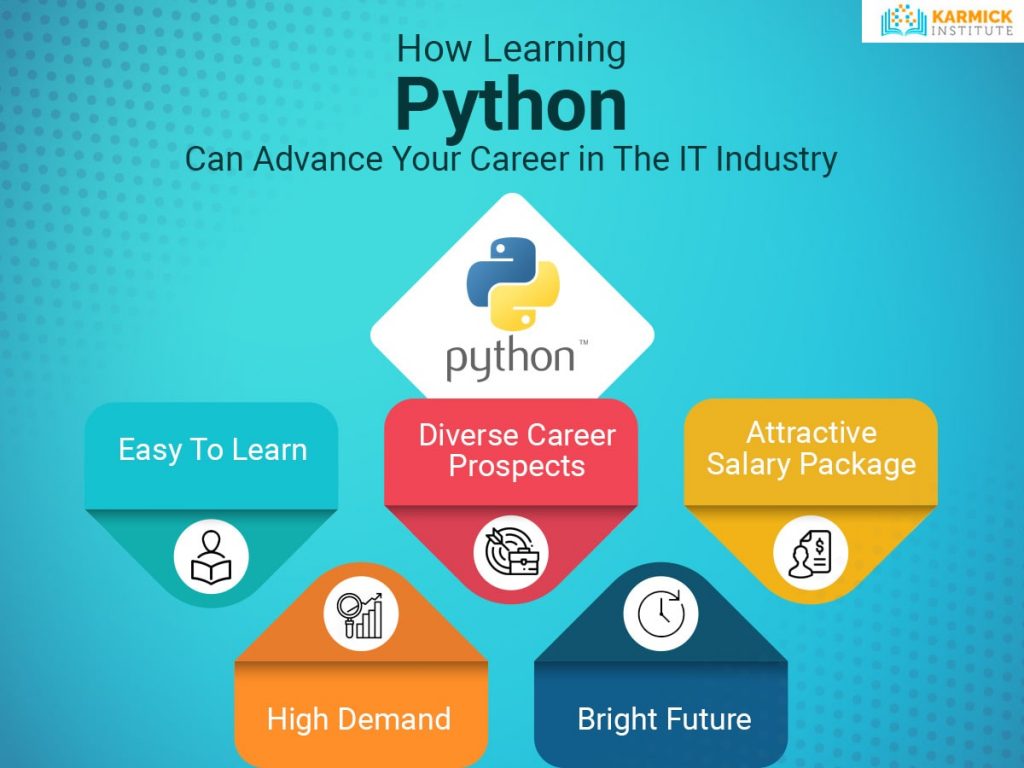 Presently, Python is considered to be the world’s most popular programming language and has surpassed all others such Java, C++, JavaScript and C#. It has steadily made its way to the top with global multinationals such as Facebook, Spotify, Google and NASA dependent on it on a day-to-day basis. It has proven to be a great choice of programming language for beginners and professionals alike owing to its flexibility, scalability and diversity.

The best part about Python? Learning it is easy! Anyone can learn this even if they have no prior knowledge of programming since Python as a language is fairly similar to English. Anyone can read the syntax of Python and make sense of it unlike some other complex programming languages. It is the best choice to learn if this is your first programming language.

Don’t mistake Python’s ease of learning for its powerful, multipurpose nature. Just by learning this one programming language, you can choose from a plethora of career opportunities which are up and coming-

Software development is one of the highest paying industries in the entire world and Python developers are no exception. Since Python finds its use case in such a versatile set of fields, global giants such as Netflix, Uber, Microsoft and Amazon are actively recruiting them by offering lucrative remuneration. Despite the pandemic causing havoc in all of 2020, Python developers were earning six figure salaries.

Python is in such high demand because not only is it used for writing the code of websites but also smartphone applications. Owing to the pandemic, website development and app development has considerably grown and Python developers are in a position to reap full benefits. With more and more businesses wanting to shift online, this is your time to shine as a Python developer.

The places where Python finds its use are all future proof career paths and are only expected to grow with time; be it data science, machine learning or artificial intelligence. If you learn Python, you will definitely have job security and a pivotal role in paving the way for the IT industry in the coming years. It is also possible to work as a freelancer if you do not want to engage in full time employment.

Therefore, we can see that Python as a programming language has some great future prospects owing to its flexible, diverse and multipurpose nature. Enrolling in a Python development course now will guarantee you a successful job and a secure career.