The Growth of Mobile Application Development Industry in 2017 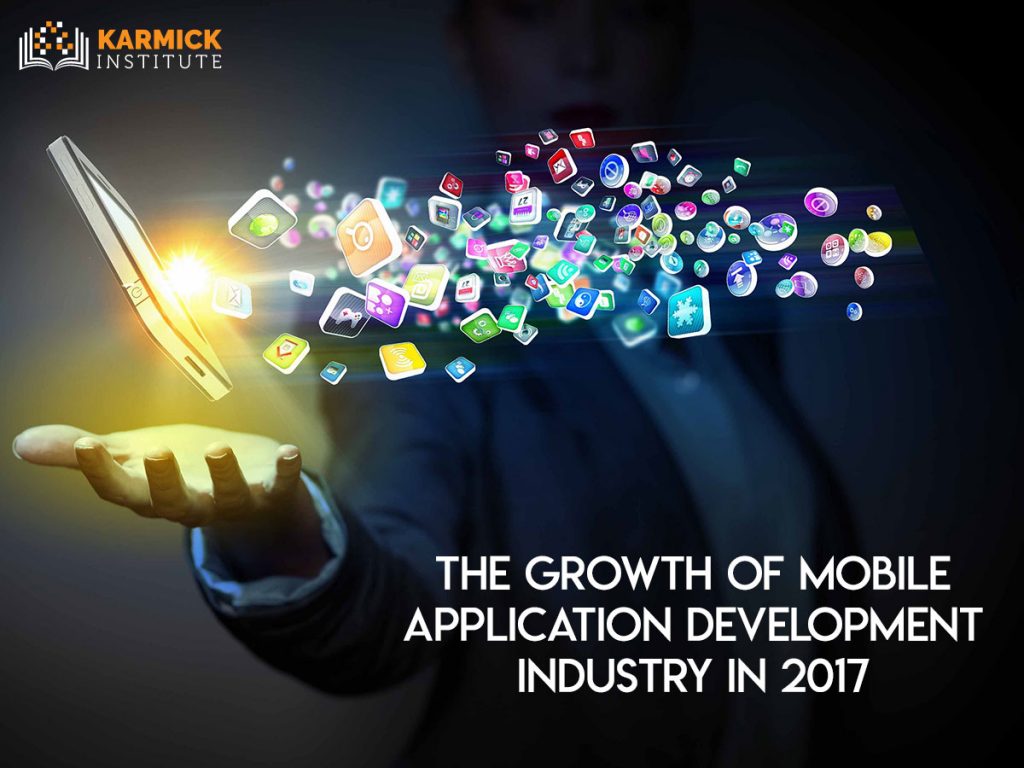 The mobile app market is expanding at a rapid pace, and the trend will likely continue in the coming years. 2017 being the 10th anniversary of Apple’s iPhone that ultimately gives a boom to the mobile app development industry, it is worth to have a glimpse of the industry growth.

As per the statistics, a majority of internet users have a smartphone, and these people spend a significant time on mobile apps. Clearly, enterprises are earning a high revenue by their mobile app development services.

According to e-marketer, adults are spending more time on their mobile devices than in comparison to desktop or other digital devices. Also, mobile devices are enjoying a high penetration almost everywhere. Be it ordering food from a restaurant, hiring a taxi service or paying bills, for the new generation life is unimaginable without mobile devices.

With mobile apps now becoming a proven strategy for implementing an effective digital marketing strategy by enterprises across all sectors, the future of the same seems bright in 2017 and even beyond the same.

You must have heard about the mobile game ‘Pokemon Go’ that turn mobile users crazy all over the world. It was a brilliant example of how people are gradually getting accustomed to the concept of augmented reality and are enjoying the same.

Moreover, big tech giants like Google, Samsung, and Facebook are leaving no stone unturned to tap AR’s potential by releasing new headsets. The real challenge for mobile app developers in 2017 will be therefore to integrate this AR technology seamlessly into their apps so that more people can have a never before mobile experience.

The IoT apps play a critical role in our day to day life. The profits and revenues of IoT have been on the rise, and the trend is expected to continue in 2017. Most enterprises in the automobile, smart homes, education, security, and health industries are experimenting with IoT. They have experienced positive results.

With mobile devices empowered with various interesting features and sensors, apps developed with a focus on connecting more and more devices to the IoT ecosystem can not be ruled out. It is highly likely that several companies will make a shift in their marketing methods after the arrival of mobile apps that can leverage IoT.