What Are The Skills Required To Be A Full Stack Developer 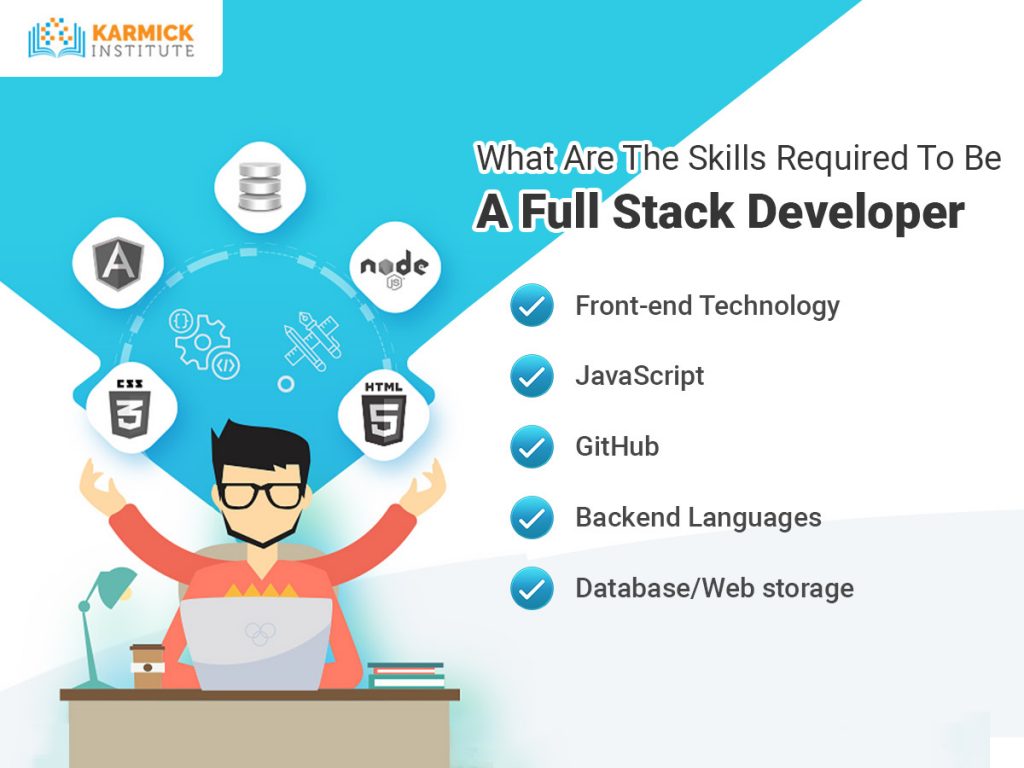 Ever noticed some multi-talented celebrities who can act, sing, write, direct as well as produce? If that celebrity was in the IT world, he or she would surely be a full stack developer.

As you may have guessed by now, a full stack developer is a versatile software engineer. He is fully proficient in front end technology, back end development, API, database, server, the list goes on. In order to become a full-stack developer one needs to have knowledge of how each component functions and the ability to manipulate it accordingly.

So, let us take a look at some of the top skills required to be a full-stack developer-

Apart from these skills, some other technical skills worth mentioning are NPM, HTTP, Web Architecture, UI/UX Design, and VCS. There are also a few soft skills such as analytical thinking, time management, and desire to learn that will help you go a long way in your career as a full-stack developer.

Another very important aspect that you must decide after becoming a full stack developer is the choice of your software stack. You need to choose one based on your skills, future goals, and job requirements. Some popular stacks are-

So to sum up, as a full stack developer you will be optimizing and writing both frontend and backend code, debug queries, translate client requirements into reality, look after web infrastructure, and much more.

In this era of digitization where more and more companies are striving to make an online presence, the demand for full-stack developers is booming. Enroll in our Full Stack Development Course to gain both theoretical and practical knowledge in all of the above-mentioned skills.