Best PHP Based Frameworks To Learn For A Lucrative Career 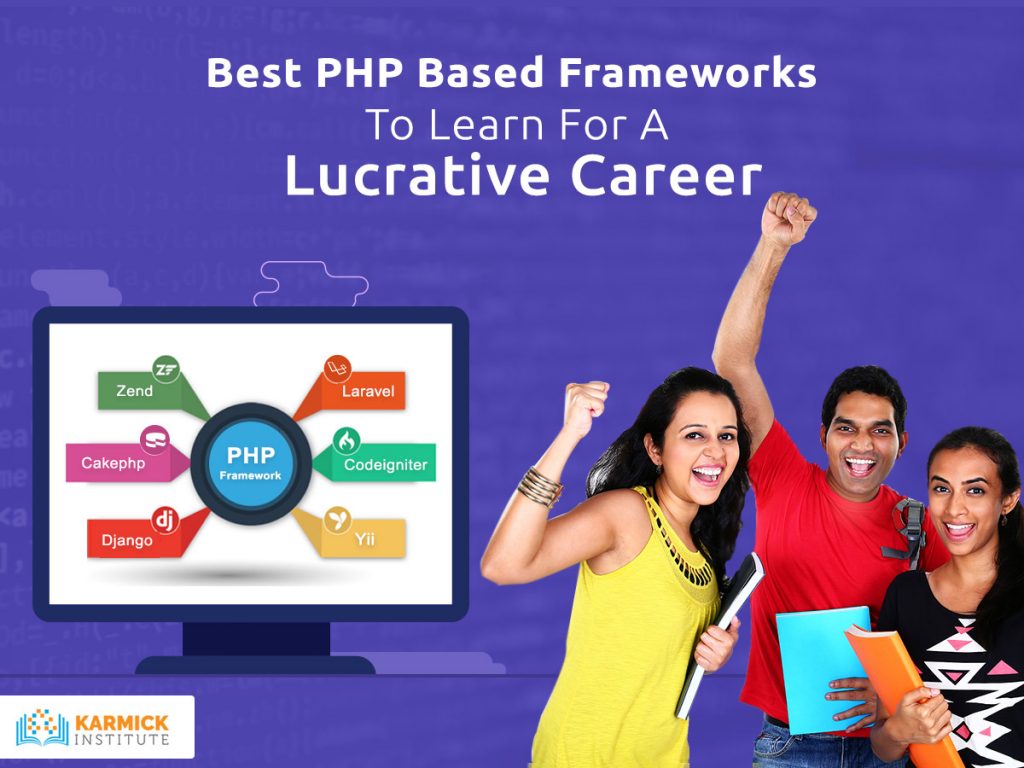 PHP which came into existence 21 years back still holds a firm ground in the domain of web development. Not just Facebook, it has laid the foundation for other highly engaging online platforms like Twitter, Tumblr, Wikipedia, Flickr, etc.

This widely used server-side programming language has many frameworks too which have evolved to be greatly beneficial in their respective functions of web development.

The demand for PHP and its frameworks is very high in the recent times. Below are listed some of the best PHP based frameworks that a student can learn to have a fruitful career.

The most popular of all PHP frameworks is Laravel that was built in 2009. It uses the MVC structure for rapid development of web applications. This platform which is comprehensive in nature, has a huge community of developers for its dynamism and ease of use. The framework is best suited for e-commerce and large-scale applications. Laravel’s lightweight templating engine called ‘Blade’ simplifies tasks like authentication, queue analysis, sessions, catching, RESTful routing, etc.

Yii, an object-oriented and MVC using framework is highly productive. It is one of the fastest PHP frameworks as it uses on-demand loading. This framework helps in implementing large-scale custom projects such as CMS, internet portals and other complex systems as it can be efficiently integrated with Ajax and JQuery features. The recent version of Yii is Yii2 which is much faster than the older one. For development security, Yii includes output filtering, input validation, cross site scripting prevention and SQL injection.

This framework helps you to avoid writing the repetitive SQL statements.

Zend is a highly popular professional framework used for building high-performance enterprise level applications having components for feeds, authentication, forms, services and more. It is extensible making it easy for the developers to use building blocks together with other frameworks or applications. Since the framework consists of a collection of classes, a developer can load only the components he needs, instead of the framework as a whole, to take advantage of them as individual libraries.

Easiest configuration is the feature of CakePHP. Using its code generation features a developer can build web applications faster. For the security and safety of the application the framework is supported with tools for protection against SQL injection, validation, form tampering and more. To keep the application logical and consistent, the framework possesses an organizational structure.

PHP itself is a hugely in-demand framework and so is its other related frameworks. In the digital age, every industry is banking on web development for creating a dominating online presence for their business. Hence, web developers with profound knowledge and adequate experience in the relevant field are considered assets in the recent times.

To excel at either one of the above trending PHP frameworks, you have to enroll in a reputed IT course training institute. A well-known institute not only educates with in-depth knowledge but also becomes the highlight of a resume.