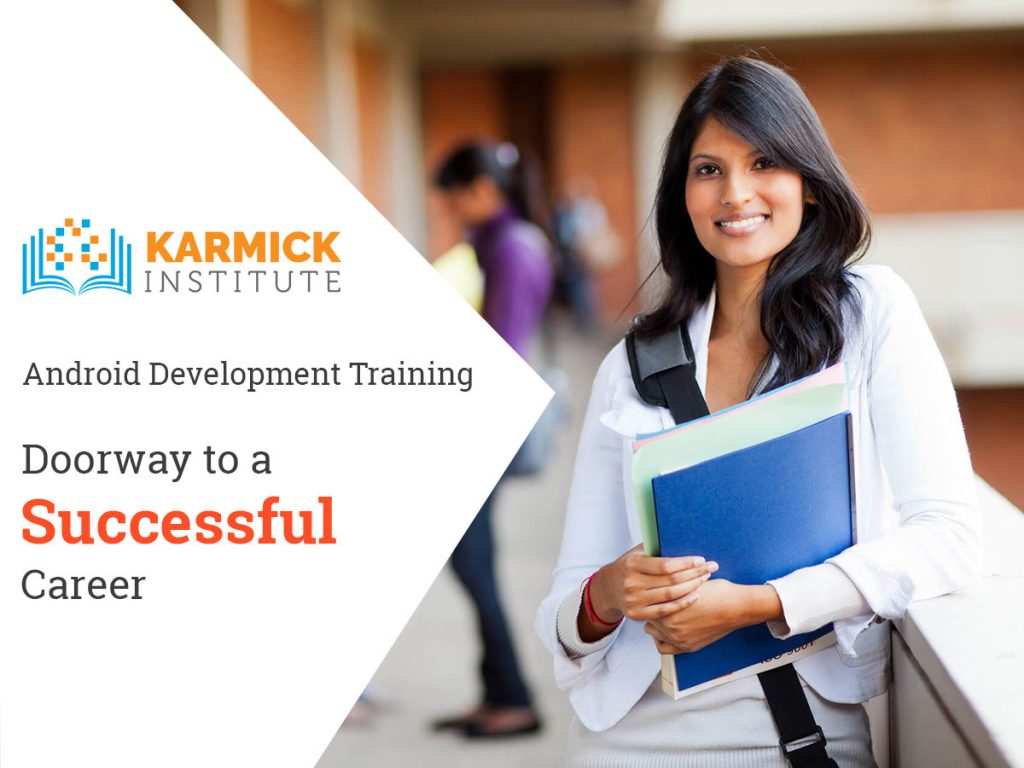 Smartphone-the mobile device launched more than two decades ago is no more humble. In a globalized world, there are millions of Smartphone admirers in every nook and corner of the Earth. In India too, the obsession for the small mobile device is increasing at a fast pace. People fiddling with their Smartphones at the workplace, during traveling, and even during mealtime is a common sight. The usage is not limited to these as exploring social media and juggling with multiple mobile apps is also a norm.

According to reliable statistics, an approximately 36 percent of Indians will soon have a Smartphone by 2018 and Android rule the roost when it comes to the Indian mobile industry because mobile devices powered by the Android operating system are relatively cheaper than those by IOS. No wonder, there is a soaring demand for skilled android developers who can develop engaging apps to cater to the evolving expectations of mobile users.

Leading app market data insight company-AppAnnie has revealed that app store downloads in India will likely reach 20.1 billion in the next few years (2020). It further stated that amount of time spent by each user on mobile apps in India is about 4 hours on a daily basis. Recently, Google in its annual event in India announced that an approximate one billion apps are downloaded each month by Indians from its play store.
Certainly a feat!

Thanks to the all-pervasive social networking apps like the Whatsapp messenger and Facebook apps, Indians are now hooked to their Smartphones like never before. Many android apps like Truecaller, Hotstar, JioTV, and Myntra Online have already become a rage among Android users and thus have opened the door for innovative and engaging apps that can offer a remarkable mobile user experience.

Businesses are opting for a mobile-first strategy

Plenty of businesses have hired skilled android developers to have their apps, and among these retail stores rule the roost. An increasing penetration of mobile phones and intensified competition from abroad is leaving them with no choice other than investing in android apps. As you may have noticed, the mobile technology has already disrupted the business models across the world. India too is now following the footsteps of other nations with most businesses now opting for mobile apps instead of going the traditional website route to woo their target customers. It seems feasible for a small business to first have a mobile app, and then to invest in a website development after having a comfortable customer base.

As an open-source operating system, Android let the businesses as well as individual mobile developers to develop intuitive, powerful and navigable apps at a less cost and a higher return on their investment. In such a scenario, becoming a professional android developer is the best career choice for those who want to earn money straight after stepping from their college campus.

If you are bewildered that from where you should do an Android development training in Kolkata; learn from the best at Karmick Institute. Our training course is not only limited to graduates but is extended to those also who have completed B.E/ B.Tech/ BCA/ MCA. Our experienced android app developers impart learning with sincerity to enable you to become an android developer within a few months at a modest course fee of 18000 INR.

Who knows? You may soon strike gold with an innovative app that becomes massively popular or may get hired by a reputed app development company? If these do not happen, still with ample knowledge in android app development and an experience of working on LIVE projects with us, you can earn a decent income. So, no more delay! Reach us at  +91 33 2426 4362 / +91 9836423755.