How Android App Development Training can get you a job! 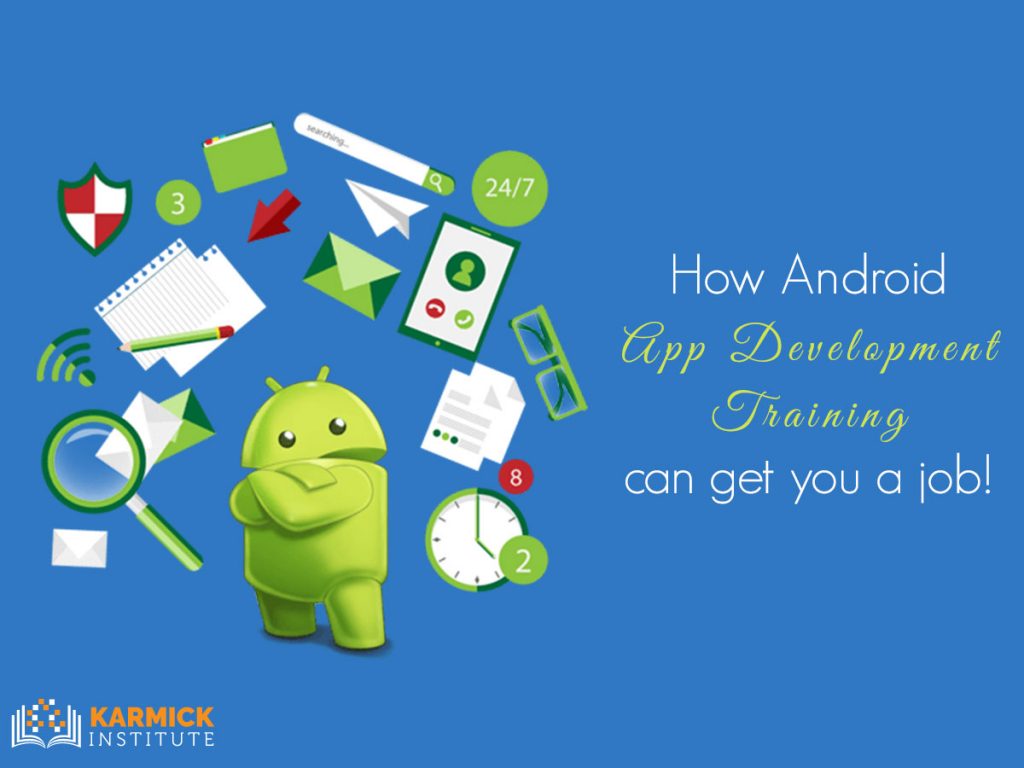 No doubt, the speed of mobile device marketing has gone up drastically. Android apps are the latest cutting edge technology for all business owners to expand their businesses. This nurtures the growing demand of Android developers and enhances more employment opportunities. So, if you want to start a booming career, then Android app development is the best choice for you.

What is Android App Development

Android App Development is a process through which new apps are developed for Android OS. Java Programming Language is used to develop these apps. Basically, Android apps are designed with a combination of different components. Applications, Libraries, Linux Kernel are the three components of Android platform.

Applications- The inbuilt applications of Android are camera, gallery, phone, browser, and music.

Libraries- In Android Libraries, there are basic functions like graphic rendering and data storage.

Linux Kernel- Linux Kernel in Android helps in an easy communication of the apps with the phone hardware.

In spite of the presence of several OS in the market, the demand for Android is sky rocketing. Naturally, the demand for Android developers is increasing at a rapid speed. People love Android OS because of its incredible easy to use features. An accomplished developer brings out unique features with easy navigation keeping the user in mind. A skilled developer always tries and contribute towards a bug-free app to enhance the success of the business. Monetization can be used on the app, which will help the app owner also make some money out of the app.

In the training process, knowing the technical skill is an additional advantage. For the development part, a developer can use Genymotion emulator and can test on the platform of a real device. A developer with expertise in the above-mentioned tool will always excel as a skilled developer in Android app development.

The candidate will be trained on Java and will gain the clear idea on Java concepts like control structure, lists, variables, and loops. For back-end development, Java is the best programming language and app developers should know the overall of Java for the better result.

A developer should also focus on SQL because it helps in organizing the database within the apps of Android. SQL helps in language queries and even helps to retrieve information from a database.

In the year 2003, Android comes into existence, which mainly focuses on mobile based OS and it has Linux Kernel. Today, Android is so popular because the users get access to the easy mobile features with just a touch on the Smartphone. The Android application runs separately and that is why multiple Android applications can run at the same time. Hence, the market for Android is flourishing and in the near future, the demand for developers will increase rapidly. The job scope is bright in the near future. And one has to remain informed with practical knowledge and should not stop exploring in this stream.

Interested in pursuing Android App Development Training? Get in touch with us at:+91 9836423755