What Are The Critical Components For Successful Facebook Ad Management? 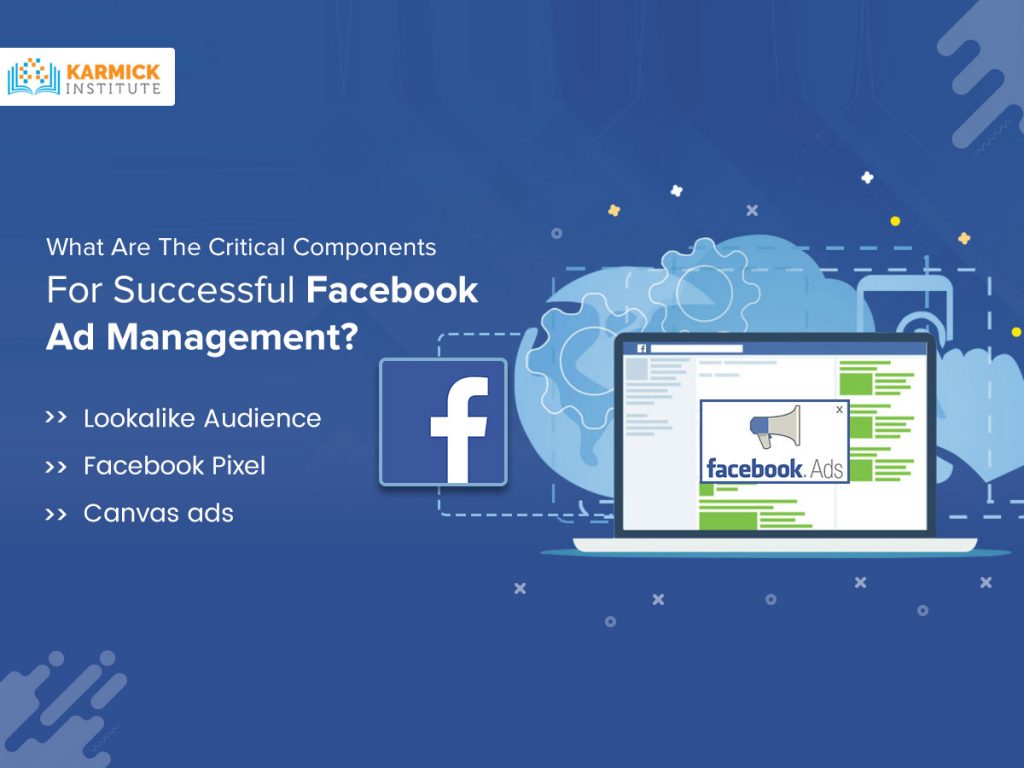 “The advance of technology is based on making it fit in so that you don’t really even notice it, so it’s part of everyday life.”

The above quote by Bill Gates, the founder of Microsoft, acknowledges the power of technological advancements. With more than two billion active users, Facebook is one such modern technological advance without which life is unthinkable for a large chunk of the population.

Businesses across the world promote their products or services on the social networking platform because of its massive reach. If you are new to this field and want to create a Facebook ad campaign, know the components that are critical for achieving success.

Sometimes, even after designing the best Facebook ad, your efforts fail to produce fruitful results after a certain period. The reason is your ad reach become limited to the audience that you have targeted for your ad campaign. However, by creating a lookalike audience, you can eliminate this issue successfully.

According to Facebook, “With Lookalike Audiences, advertisers can expand their reach to specific geographic areas or audiences who are not already fans of the company’s page while still maintaining the desired demographic profile of their existing audience using Facebook’s algorithms”.

Facebook pixel holds tremendous potential to make your ad management successful. It is a small piece of JavaScript code. You need to create it and then add it to your website. The reasons for which the use of this component is critical in ad management are as follows:

Speculations are rife that with the growing popularity of mobile devices, the number of mobile users will surpass desktop users. So, it makes quite a sense to use the canvas ad format which was released by Facebook way back in 2016. The mobile-only ad format works well with all of its ad formats such as image, video, carousel, collection, and slideshow. Moreover, it loads in less than a second, and you can make use of ready-made templates to quickly create an attractive canvas ad.

The full-screen ad is ideal if your ad campaign objective is to highlight your brand or to encourage your target audience for mobile shopping. You can display it on both Android or iOS-based devices without any glitch.

It is vital to keep yourself updated about the latest techniques and tools to do the ad management effectively. If you are keen to grasp the strategies of successful Facebook ad management, it is always a wise idea to enroll yourself in an advanced digital marketing course.