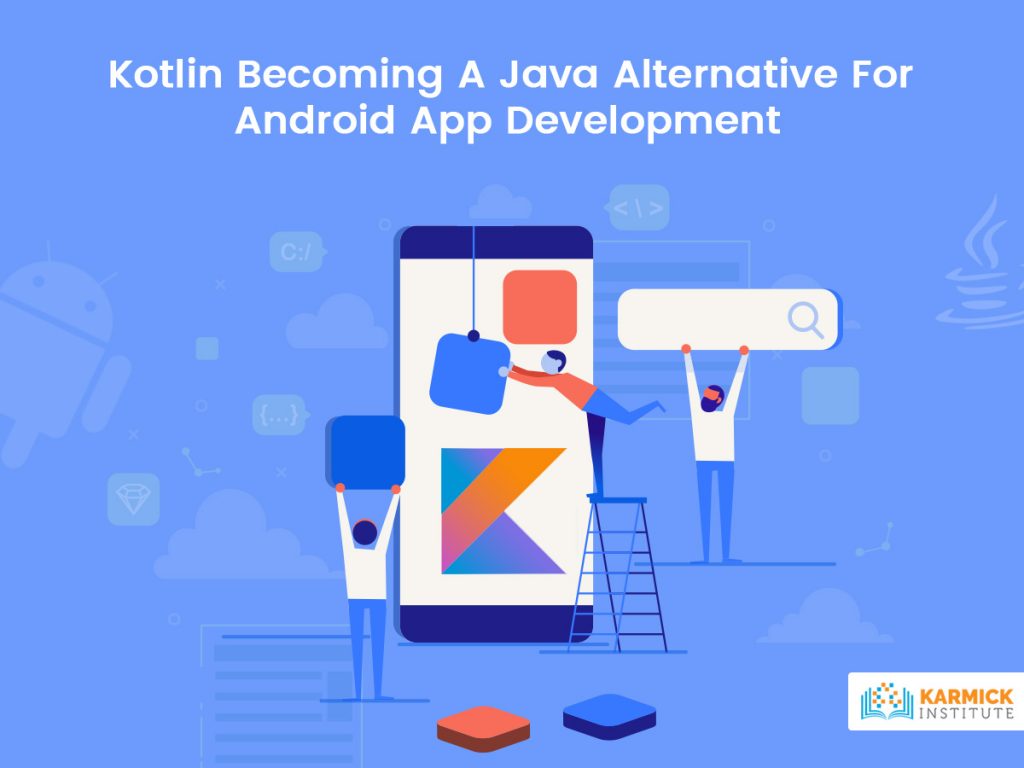 While Java is at present the darling of a section of the programmer fraternity, Kotlin is steadily changing the android development landscape. Recently, Google has released an Android SDK that has capabilities to be developed by Kotlin. This in itself is a testimonial of its growing acceptance in the app development industry. According to Stephanie Saad Cuthbertson-a Google program manager, “It makes developers so much more productive. It is fully Android run time-compatible, it is fully interoperable with existing code, it has fabulous IDE support and it’s mature and production-ready from day one”. There are definitely several reasons because of which the language is gradually becoming an alternative to Java.

Being fully compatible with JDK 6 ( the latest version of the Java Development Kit), apps developed using Kotlin can run on older Android devices without any issues. Also, these apps are equally fast like those developed using Java due to similar bytecode structure. Interoperability with Java also facilitates the app developers to access and use the existing Android libraries. As there is also support for inline functions, writing code using lambda expressions run faster than those written in Java. Many apps have in fact now migrated to Kotlin. Some of these are as follows:

Easy to learn for Java developers

It is not that the sole similarity between Java and Kotlin is in the origin of their names. Both got their names from islands. Java from an Indonesian island and Kotlin from a Russian island. There are several more similarities with a clear syntax and availability of ample study material. Thus, it becomes easier for a Java developer to start programming in Kotlin. There is also a section of developers who find it more similar to Scala-a lesser known high-level programming language. However, for most Java developers, going through the official Kotlin Koans tutorials holds the key to master the language.

Founded by JetBrains, Kotlin has emerged as a modern programming language since its debut in 2011. It has the scalability and expressiveness that makes it ideal for server-side app development. One can easily create type-safe builders in Kotlin and write new code while keeping intact the older parts written in Java. Pivotal, a software company based in San Francisco has adopted the language for server-side app development long ago.

In a nutshell, Kotlin is increasingly becoming an alternative to Java for Android app development. It may soon surpass Java in terms of popularity. In such a scenario, it makes perfect sense to learn the modern programming language. Since for a newbie, the learning curve can prove steep, it is better to start with a basic PHP course. After mastering PHP which is an easy-to-learn programming language, it will be a cakewalk to learn the intricacies of a modern language like Kotlin.